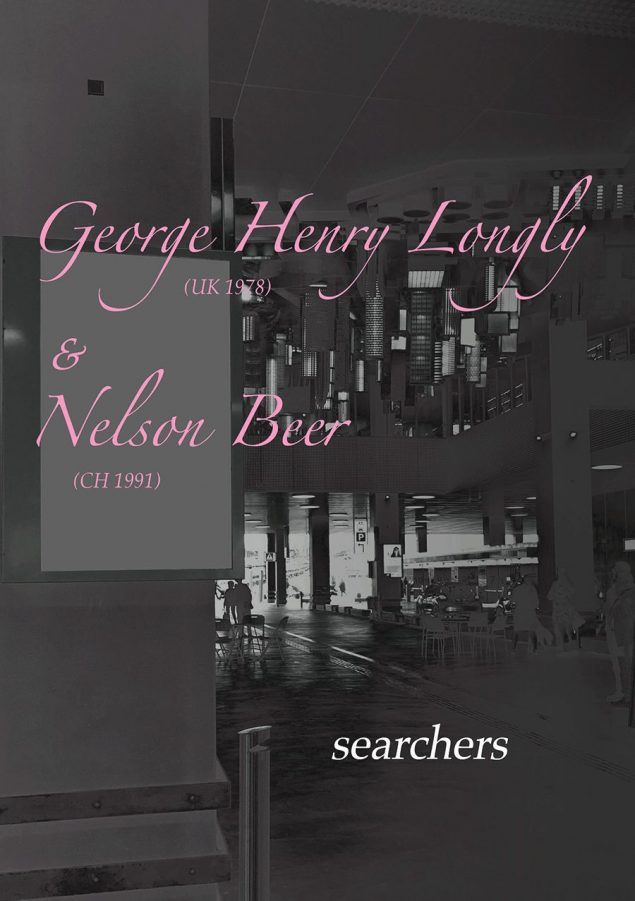 British artist George Henry Longly’s work searchers has been created on location at selected hubs in Aarhus in collaboration with Swiss musician and artist Nelson Beer, who composed the score and plays the lead role in the video-based work. The piece operates as a ghostly presence without its own body and form, running incorporeally through the city’s marketing platforms; info screens, monitors, banners and digital display stands. It can be watched in its entirety, presenting itself like a music video with Aarhus as its backdrop on Dokk1’s big screen on Level 0 at the street entrance, but smaller sections also show up in loops inserted between other content on the screens of the Molslinjen ferry, the large harbour screen at Aarhus Docklands, in the nightclub Herr Bartels and at other sites.

George Henry Longly works with systems of presentation: from urban macrostructures to exhibition display systems to the human psyche and its patterns of archetypes and ideals. All of these structures govern and guide our perception of the world. Like a drug-induced high coursing through the city’s veins, interfering with its collective consciousness, the music video examines the rush as form. It explores the void that the brain dives into when our consciousness lets go of the body, when our emotions are reset and everything is seen from an ‘out of body’ perspective. Longly is interested in intensity, an emotional state described as a frozen ‘now’ in time, a moment in which our usual understanding of the world is disrupted. All the things that usually commands our attention get reduced to a mere background hum, and our emotions are amplified. Overall, searchers mingles the present and past of Aarhus with pop culture, explorations of different scenes and identity studies, portraying the city as a state of mind for us to move around at will.

Read more about the exhibition and the other works here: